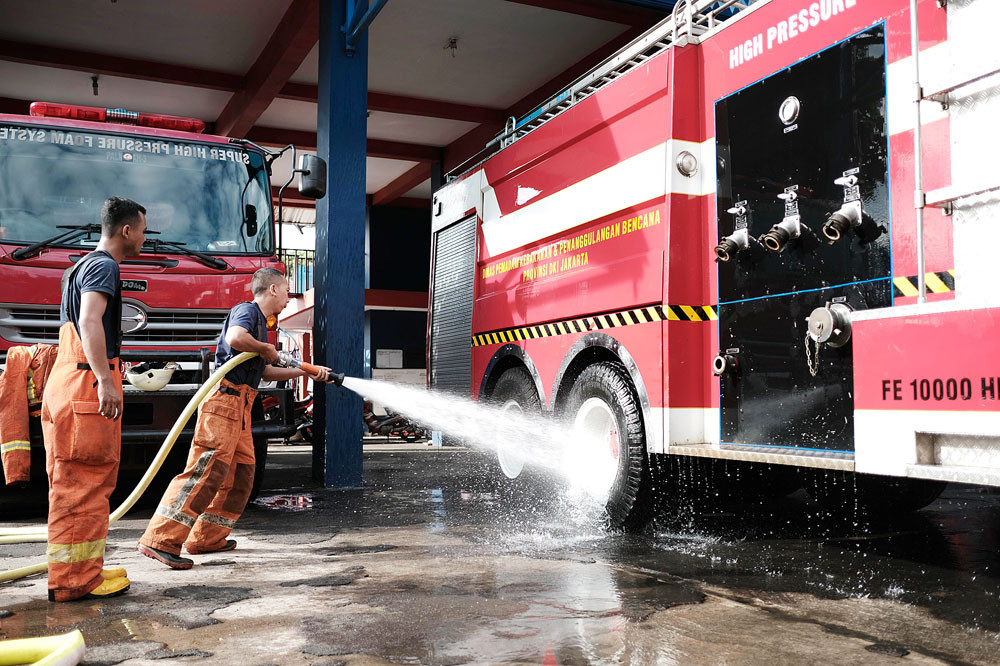 A fire at NADFC of Indonesia

A fire broke out in the National Agency of Drug and Food Control (NADFC) headquarter building in Central Jakarta on Sunday night (18/07) starting at 21.30 WIB. No victim was reported and only one room damaged in the incident. Even though there have been no further details of what items were burned in the room, NADFC ensures that the services are not affected due to this fire. “The damage occurred in one room. NADFC declared it did not interfere with the function of services at the POM Agency,” NADFC wrote on its official website, Monday (7/19/2021).

Source: NADFC of Indonesia Explanation Regarding the Fire Incident

Head of Central Jakarta Fire and Rescue Agency, Asril Rizal explain that the fire started on the first floor of the East F and west F corridors, where electrical maintenance was in progress. The maintenance worker raised the switch on the Miniature Circuit Breaker when suddenly there was a sparked a fire and thick smoke.

At around 22.00 WIB, 8 fire fighting vehicles and 9 supporting cars from the Central Jakarta Fire and Rescue Agency have successfully extinguished the fire. At around 23:00 WIB the officers began the cooling process and the blackout was declared complete on Monday at 00:42 WIB.

“The BPOM Agency expresses its deepest gratitude to all parties, especially the firefighters and local police who moved quickly to extinguish the fire and secure the situation at the fire location,” NADFC wrote on their official website.